Much research has been conducted on the topics of organizational performance and the key success factors for a transformation toward high performance. Thus in the extant literature many factors can be found that allegedly contribute to organization performance, such as culture, management qualities, customer satisfaction and a unique strategy. What stands out is that each researcher identified different factors 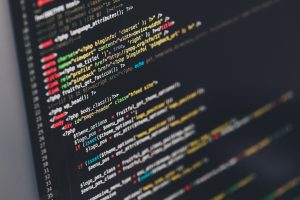 depending on the influences of their academic discipline, angle of research, and personal views and interests (Owen et al., 2001; Gupta, 2011). For instance, Drucker (1995) and Van de Ven (1999) highlighted the need to align behavior and strategy to improve organization performance. Deming (mentioned in Jamrog et al., 2008) emphasized the importance of the quality and interrelation of people, processes and outcomes. Peters and Waterman (1982) stated that excellent organizations focus on thinking rather than allowing tools to dominate them, and they fight complexities and maintain mature relationships with customers. Collins (2001) emphasized the importance of leaders, employees, culture and technology, while de Waal (2012a) focussed on management, openness and action orientation, long-term orientation, continuous improvement and quality of employees.
Although these authors identified different factors creating high organizational performance, they nonetheless agreed on some common factors. Jamrog et al. (2008) summed up the components of high performance organizations in five factors which match these common factors: clear vision supported by a good strategy, having a customer approach, having a leadership approach, having processes and structure that reinforce the strategy, and well-established values and beliefs (culture).
Despite the numerous research studies conducted in high performance, there has been a distinct lack of empirical research that explores management practices aimed at achieving high performance in the Middle East in general and in Egypt specifically (Ismail, 2007). In fact, the literature indicates that management practices in Egypt in general lag behind those applied in the western world (Elbanna, 2009). Elbanna (2009) even remarked that Egyptian companies face obstacles when dealing with competition as they do not adequately master the rules of the competition. This is evident from the fact that many Egyptian companies did not adopt sophisticated quality management systems and human resource management practices (El-Shobery et al., 2010). There has been a limited number of studies into leadership capabilities of Egyptian managers and HRM practices adopted by Egyptian organizations. These studies indicated that in Egyptian organizations there is mainly “bureaucratic leadership,” “passive management,” “authoritarian leadership” and “reluctant decision making” (Shahin and Wright, 2004). Leaders are not used to consult employees because seeking subordinate opinions is considered to be a weakness. Employees tend to agree with their leaders and prefer to do the same job for a long time due to their inclination to avoid uncertainty (Parnell and Hatem, 1999). In addition, Egyptian employees prefer to work in teams which provides them with a sense of satisfaction; however, they do not seek control over the tasks that they work at as their values and attitudes prevent them from seeking autonomy in task ownership (El-Kot and Leat, 2005). In the field of HR, Leat and El-Kot (2007) showed that Egyptian organizations have minimal interest in the concept of promotion from within, and HR selection criteria for new employees are usually based on job skills fit rather than the fit of the candidate with the organizational culture. Additionally, Egyptian organizations tend to have limited career planning initiatives with limited supportive training customized to individual needs. They prefer job-specific trainings offered to groups rather than tailored trainings suitable to individual needs (Leat and El-Kot, 2007). Further research by Ismail (2007) indicated that Egyptian managers tend to not value non-financial measures of performance. There is a widespread use of balanced scorecards as a means of performance measurement in Egyptian organizations; however, the level of use of the balanced scorecard’s multidimensional indicators is low in Egyptian organizations. In regard to innovation, the literature indicates that innovation in developing countries is still maturing, which also applies to Egypt (Reda, 2011). Innovation is tied to risk taking, but in the Egyptian culture risk taking and experimenting is not a common trait of Egyptian managers and it is unlikely for employees to welcome taking risks as they want to avoid undesirable consequences (Shahin and Wright, 2004). In addition, innovation in Egyptian organizations suffers from different obstacles such as excessive red-tape, legal and regulatory obstacles, lack of resources for innovation, and an organizational culture which does not promote innovation in order to achieve greater outcomes (Reda, 2011). As a result, as Apaydin and Wahsh (2014) found in a comparison of eight Egyptian companies with a global sample of 68 companies on their level of knowledge and organizational innovation, Egyptian companies lag behind on virtually all aspects of organizational innovation, and their innovation strategies are mainly based on exploitation rather than on exploration.
To counteract these organizational and cultural problems many authors state that, for Egyptian organizations to thrive and perform better, they need to adopt better organizational practices and apply these practices in a better way (El-Shobery et al., 2010). The study described in this paper study focusses on researching organizational practices that can help Egyptian companies and specifically ICT companies to perform better. The ICT industry was chosen as it is an emerging industry in Egypt with a great potential to significantly contribute to the economy and GDP (Kamel et al., 2009). For this research the high performance organizations (HPOs) framework (de Waal, 2012a, b) was used. An HPO is defined as “an organization that achieves financial and non-financial results that are increasingly better than those of its peer group over a period of time of five years or more, by focussing in a disciplined way on that what really matters to the organization” (de Waal, 2012a, p. 5). The HPO Framework has been tested and validated in several contexts, among which in Arab countries (de Waal
and Frijns, 2014; de Waal and Sultan, 2012; de Waal et al., 2014a) and as such it seemed a promising practice for the Egyptian context. Thus, the research question was:

RQ1. Can the HPO framework be validated for the Egyptian ICT industry so that it can be used to improve the performance of Egyptian ICT companies?

As we used a pre-existing framework the aim of our study was not to do theory-building or to test specific hypotheses. Rather we wanted to evaluate the applicability of a framework, which has been described previously in the extant literature, in a new context and as such contribute to the literature. The remainder of this paper is structured as follows. The next section gives a brief overview of the Egyptian ICT industry, followed by descriptions of the HPO Framework and of the case companies where the HPO framework was tested. Next, the research approach and research results are discussed. The paper ends with a conclusion, limitations of the research and possibilities for future research.

In Egypt the 2011 revolution had devastating effects on the economy (Shahine, 2012; Abdou and Zaazou, 2013). Unemployment rose from 8.9 percent in the fourth quarter of 2010 to 12.8 percent in 2015, and the economy suffered an estimated loss of US$17.1 billion due to the political tribulations (Egyptian Economy, 2015). The Egyptian pound declined from US$0.175 in 2010 to US$0.140 in 2014. Analysts estimated that the budget deficit could increase to 15 percent of GDP in 2013 which would be well above the official governmental target of 9 percent (Glain, 2013). At this moment, Egypt is still suffering the aftermath of its revolution, noticeable in persistent low growth, high budget deficits, external vulnerabilities, and high political and social tensions (Fund, 2014). Before the 2011 revolution, organizations working in the Egyptian ICT sector had a positive perspective. They enjoyed strong support of the Ministry of Information Technology, in the form of generous funds for training and technology adoptions, and also the outsourcing trend and positive outlooks for exporting software and IT services generated optimistic expectations. The Egyptian minister of Communications and Information Technology declared in 2011 that there was “a dawn of a new era for ICT in Egypt, with even more Egyptians joining and embracing the information society as we continue to work to forge a knowledge economy” (UNCTAD, 2011). Still, even in these good times ICT organizations lacked the maturity to perform well and were in need of learning how to achieve sustainable high performance and successful partnerships (Kamel et al., 2009). This could be seen in the contribution of the ICT sector to the Egyptian GDP which was, compared to other Egyptian industries, a rather small 4.4 percent in 2013 (Ministry of Communication, 2013). It has, however, been claimed that the ICT sector had an indirect economic impact that could be considered even more important than its direct contribution, through its use and applications in different sectors of the economy (Alexbank, 2011). After the revolution, fears emerged regarding the future of Egypt’s economy.
Egypt was classified as a high-risk country for investment because of its weak GDP and increasing unemployment rates, with potentially severe detrimental effects on the ICT industry. As a reaction, the government tried to get loans and financial support to revive the Egyptian economy, and in particular new policies were introduced to encourage investments and to develop human resources especially in the field of ICT. The Ministry of Communications and Information Technology (2012) announced a new National ICT Strategy aimed at boosting investment in the ICT sector to 55 billion EGP (almost US$8 billion). This strategy specifically aimed to create more jobs in the industry and to draw foreign investment in order to position Egypt as an ICT hub in North Africa. The strategy also sought to develop the technology infrastructure in Egypt and to update legislation surrounding ICT (Digital UKTI, 2013). Possibly as a result the number of companies operating in the Egyptian ICT sector increased by 14.9 percent between April 2012 and April 2013 to a total of 5,243 new companies, and the ICT market value was expected to grow by 12.4 percent in 2013 to reach 11.3 billion EGP (Digital UKTI, 2013). However, Egyptian ICT organizations still faced a huge challenge in sustaining their positions relative to other ICT exporting countries like India that compete on efficiency, quality and price. This is a pressing matter because the aforementioned lack of good management practices still plagued the Egyptian ICT industry and as such this industry might not become a player in global marketplace. Management of the ICT companies therefore urgently needed to adopt new techniques to leverage the performances of their organizations. Previous research indicates that applying such new techniques can have positive effects, such as in the case of Mohamed (2015) who tested a model for managing intellectual assets in Egyptian ICT companies and showed that profitability of these companies increased because of applying this new techniques. Another technique possibly suited for the Egyptian ICT industry is the HPO framework (de Waal, 2012a, b) which is briefly described in the next section.

Read the full paper, published in Emerald Insight, in PDF!