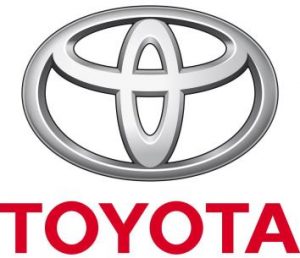 ‘On August 28th, 2009, Toyota, the world’s largest and most profitable car manufacturer, stopped being an HPO’

On that day the first accident happened with a Toyota, which triggered a recall of more than 10 million vehicles in 2009 and 2010 and a loss of more than $4 billion for fiscal year 2009. In San Diego, USA, the gas pedal of a Lexus got stuck under the floor mat causing the car to run out of control and of the road, killing its occupants. However, the accident did not set off a whole series of improvements at Toyota, as it once would have done in a manner which gained the company a reputation for its world-class processes. But Toyota was no longer the robust company of the earlier days, the company which had risen from the brink of bankruptcy in the fifties and had achieved a stretch of 50 consecutive years of profitability – a record unheard of in manufacturing industries – to become the biggest car manufacturer in the world. A company known for its excellence in manufacturing processes and its continuous improvement culture, collectively known as the Toyota Way. Toyota was in 2010 rapidly losing its reputation as HPO and everyone wondered: what happened?

The answer was given by Akio Toyoda, president of Toyota Motor Corporation. “Toyota has, for the past few years, been expanding its business rapidly. Quite frankly, I fear the pace at which we have grown may have been too quick. I would like to point out here that Toyota’s priority had traditionally been the following: first, safety; second, quality; and third, volume. These priorities have become confused and we were not able to stop, think, and make improvements as much as we were able to before, and our basic stance to listen to customers’ voices to make better products has weakened somewhat. We pursued growth over the speed at which we were able to develop our people and our organization, and we should sincerely be mindful of that.” Subsequent analysis by both Toyota and outside researchers revealed weaknesses in the once so strong company. Because of the rapid growth and the tendency that had developed among Toyota’s management to put quantity above quality in order to achieve the top spot in car manufacturing, the company had lost its intense focus on understanding customers concerns, taking these seriously and addressing them as quickly and best as possible. In addition, the company had become bureaucratic with outdated lines of communication, decision and accountability, and a tendency towards smugness so it took too long to respond to issues. And to make matters worse, several business practices which had served the company well for so many years were no longer applied, such as only building what was sold so no inventory would build up, and only expanding when there was enough trained personnel to do so in a quality controlled manner. In conclusion, the company no longer practiced what it had preached and what had made it so successful: the relentless focus on quality. Management no longer had the discipline to withstand the economic pressures of selling more at the expense of quality.

Will Toyota become an HPO again? It lost its position to General Motors as the world’s largest car manufacturer, it has not returned to its former profitability yet, and severe damage was done to its reputation and brand. However, it seems that the company has seized the crisis to go back to its old ways and culture and that it is doing now more of what it had been doing right in all those decades before the recall crisis began. This is a promising sign and hopefully the company will become ‘the poster boy’ of HPOs once again.