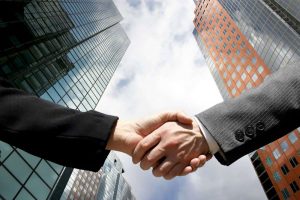 As is well known by now, the majority of mergers and acquisitions end in failure. Failure in the sense that expected synergies – either in cost savings or complementary portfolios – never materialized and that the sum of the parts turns out to be less valuable than the separate entities. It would therefore be useful to have a diagnostic with which it is possible to evaluate the chance on a successful merger beforehand. This case study shows the HPO Framework (Cadre HPO) can be used as such a diagnostic.

The HPO Framework: guideline for mergers

Two companies in the manufacturing business, that were talking about a merger, approached the HPO Center to discuss whether the HPO Framework could help them evaluate their chances of a successful merger. The goal of the merger was to create a single strong organization which would not only be ready for the challenges of the increasingly competitive sector but also would grow to become the industry leader. For this, the strengths and cultures of both organizations should be if not alike at least almost similar. The two organizations had the idea that the HPO Diagnosis would show the strengths and weaknesses, and maybe even more importantly, the HPO statuses (i.e. the curve in the HPO graph) of both companies. This would make it possible for them to compare and see where the organizations complemented each other and if there were any factors in which both were weak and therefore would need special attention.

Managers and employees of both organizations were asked to fill in the HPO Questionnaire. The scores for the HPO factors were calculated and the resulting curves are depicted in Figure 8.5. Company 1 had an average HPO score of 6.9 while the score for Company 2 was 6.2.

Representatives of both companies gathered together to discuss the results of the HPO Diagnosis. Their first conclusion was that, as both companies were not HPO, a merger to create a stronger joint company was quite a good idea. However, the second conclusion was that – because Company 1 had a higher average HPO score than Company 2 (6.9 versus 6.2) – the difference between the two companies was fairly large (for two HPO factors even more than one point) and that they because of that could become unequal partners in the merger, which would negatively affect the merging process. This meant that although Company 1 could be expected to take the lead during the merger, at the same time this company had to be careful not to become too dominant, creating resentment among the people of Company 2. Subsequently, the representatives took a closer look at the detailed scores on the 35 HPO characteristics for both companies, to identify areas of opportunity and areas of potential problems. They distinguished three situations.

If too many HPO characteristics ended up in situation 3 it would not be advisable to go straight ahead with the merger. After all, this meant there were too many characteristics that could and probably would create problems and delays in the merger process or would create difficulties afterwards. After reviewing characteristics in situation 3, it turned out that most of these were related to the HPO factor Management Quality. The HPO Center therefore advised that, before the merger was started, top management of both companies should take a long, hard look at their managers to judge whether these were up to the task of making a successful merger happen.