In an era of increasingly saturated markets and ever tightening competition, multinational firms are diversifying their product portfolios, exploring new areas of operation, standardizing to achieve economies of scale, and generally enhancing the quality of their organization. Such quality management practices, however, are typically confined to production and supply chain processes, for there are no holistic improvement models designed for overall application in multinational firms. The experiences of a European multinational that embarked on an initiative to transform itself into a high performing organization (HPO) to improve its ability to compete, demonstrate the value of 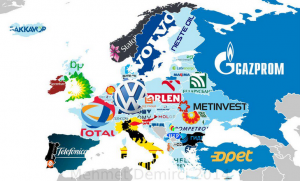 combining two generic HPO schemata for guidance: Hanna’s HPO model and de Waal’s HPO framework. Within six months of evaluating its performance against those sets of HPO guidelines, the organization realized significant behavioral improvements, including enhanced communications and employee engagement, and was able to set a course for sustainable renewal.

After pursuing an autonomous growth strategy that included taking over several smaller companies, the managers of a multinational manufacturer headquartered in Europe were shocked by the threat of a hostile takeover bid. Realizing that there were quite a few investors who were unhappy enough with the organization’s recent performance to potentially back the bid, the managers had to act quickly to show shareholders that they were still in control.

Instead of defending the company against the bid and despite competitive market conditions, they decided that the best course of action was to transform the company into a high performing organization (HPO) whose achievements would satisfy investors. But what strategy should they employ toward that end?

Increasingly, industries are being dominated by a few global brands that operate simultaneously in many countries worldwide, commanding a large share of the markets in which they operate. In such an environment, continuous consolidation is expected as markets become increasingly saturated and competition between multinational firms intensifies.
In light of these conditions, multinationals typically seek to diversify their product portfolio, look for new markets, increase standardization to achieve economies of scale and keep production costs down, and generally improve the organization’s level of quality. In a study of quality management tools and best practices in use at multinationals, Vrellas and Tsiotras (2015) found that while quality management practices do, indeed, improve operations, reduce costs, and increase profits at global companies, such practices mainly seemed to be confined to production and supply chain processes. Business excellence models, such as those applied in determining the recipients of the Malcolm Baldrige National Award and promoted by the European Foundation for Quality Management, were sparingly applied and then mostly in the form of lean manufacturing techniques. Thus, it seems that although current research focuses on how to achieve operational excellence in multinationals (Beshah, Kitaw, & Alemu, 2013; Vrellas &Tsiotras, 2015), there are no holistic improvement models that are readily applicable to these global organizations.

Setting a Strategy for a High Performing Organization Initiative

The multinational that was in danger of being taken over is a leading company in its sector, owning a portfolio of global and local brands worth well over $10 billion in 2014. A SWOT analysis conducted in that year noted the following:

The multinational’s management team decided to transform the organization into an HPO to better withstand the pressures it was facing. The specific goals were to:

Turning to a Model of High Performance for Direction

To guide its efforts, the multinational initially used a modified version of Hanna’s (1988) high-performance model (see Exhibit 1 on page 32). The company then further broke down Hanna’s HPO model into two loops. Tracing the loop shown in Exhibit 2 (page 33), the multinational took the following steps to work toward its desired future….

Read this full article in Global Business and Organizational Excellence in PDF!